You Want What From Black Women? | Contemplations From A Spa Bath Series 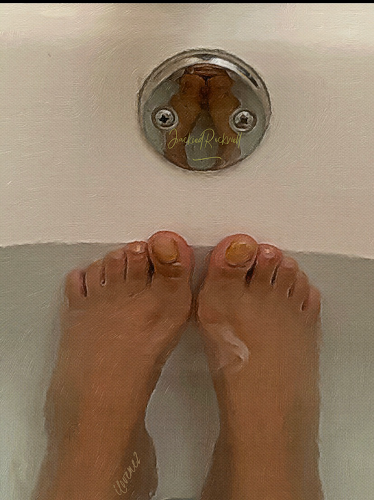 Come on now! [I said.] Seriously? For starters.. He has to be, at the very least, an inkling of that POWER on his own. I’m not willing to make anything from scratch when he totally disregarded the teachings of his mother, his sisters, aunties, grandmothers, teachers and all the other “psychopaths” -that broke him. just sayin 🙏🏽

Meanwhile. At the office.

If you’re not there for the male gaze, you really do have to tell them so. And it’s ridiculous when you realize in 2020 there are men (and women) who still just don’t get it. “When you’re a woman in a male dominated space your very existence is in and of itself a power move and you don’t have to play down your femininity for acceptance...”

Meanwhile. Back at home.. IF you treat him like a King he’ll put you on a pedestal? WAITWHUT does that look like? And no human can stand between you? What does that look like? If you keep him strong he can conquer the world? Tell me in plain English, bruh, what that looks like? dammit! And why must the woman be your change agent?

Fellas.. listen up. Read that last paragraph again. Reads like the wishlist of an energy vampire, not a king any woman could relax with, confide in, let alone totally trust.

Malcolm X said in his speech in May of 1962, exactly one month before my mother birthed me..

The most unprotected person in America is the black woman.

The most neglected person in America is the black woman."

And here we are in 2020, still feeling disrespected, unprotected, and neglected, among other things by our black men.. and white men too!.. pressing out strong misogynistic barriers to our relationship goals. Sans Beyoncé and her Lemonade stance. Yet a little bit assured, that what a Black woman might want, actually does exist out there somewhere, by the likes of Kenneth Walker the boyfriend of Breonna Taylor.

We’re not asking you all to kill for us. Just offer some semblance of protectiveness in public, when necessary.

And I dare say, if a strong confident Black woman came up on you, would you recognize her? Would you be interested in not testing her first? Would you embrace her spoken and unspoken expectations of you? Would you? Could you let your guard down and behave toward this strong woman like you trust her, and do the things you’re asking her to do? See her and recognize that she’s been through some crap as well, but she’s learned and mature enough to know there is no perfection and won’t see you as less than or compare and contrast unless and until there’s a reason from you to.

Oh, but she will hold you up. She is strong that way. Not because it’s required by you, but because she requires it of herself. And she is not just a life giver. It’s not possible for her to be only that.. But only if she chooses to be that or not. So, if you want her to fill your voids, be your support, light your tender fires, you’ve got to make a similar move. Do it first perhaps. Meet her half way, at least. No baby steps. No half steps. One giant-assed step. Just one. Every day without asking her to shrink herself for you.

No more “IF you treat me like a King I’ll put you on a pedestal...” But say to her... “because you are a Queen I will build you your pedestal. Will you help me with mine?” See what happens.

Anyone can teach you about love... but I can make you good at it!