Kirk Franklin, His Son and Jesus 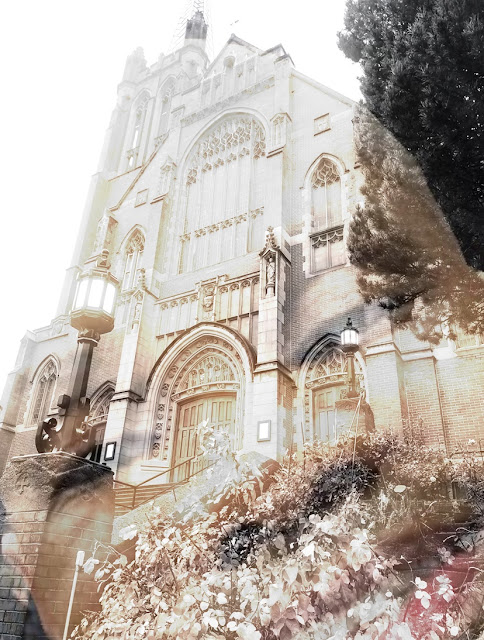 Kirk Franklin is not perfect. Him using the language in that trash-pile of a recording posted by his son, is part proof of that. Imperfect Christians have permission from God to lose-it sometimes; seems to be the mantra of his fan base. Delighting in the fact that Kirk's son needed a good cussin’ out, anyway.  Even suggesting an ass whipping would be in order.  *eye roll
I don’t care about how Kirk is referring to his verbal abuse toward his adult son as a private matter between adults. There are some of us who are just always and forever too enamored with our can-be indignant and oft defiant offspring, to treat them less than ... say... Jesus would? This article at The Root makes clear that the Franklin family situation has triggered conversation in the Black community about  toxic speak and behavior in our families. It’s just the way we’ve been doing it. -Since slavery days.. And we keep falling back on the narrative of hurt people hurt people. But that b.s. about, cursing out and beating our children will make them better, is a lie.
I don’t understand a prolific anointed vocalist as Kirk Franklin, being so moved, even in private, to speak that way to a son, who is obviously not as independent of his dad as he needs to be at his age.  But ministers and mature Christians who curse people out and want to fight it out with other people, are problematic to this on-looker. There is something the matter with that behavior. There must be secrets in his heart that I would weep to see. He is about to lose me as a fan if can’t explain this thing better.
Or, I could ask if he’s just another hypocritical Christian? But I’m not trying to go down that rabbit hole with some troll ... or cousin, who would love to call me an atheist or anti-christian. But the truth is, religion has done a lot to mess us all up. Especially Black folks. I know.. we obviously need spiritual structure with affirmations from a written Word. -Nothing wrong with that. But for me, convictions should be treated as sacred. If you say you love Jesus so much. ACT like it. If you want to show me how you handle adversity, as a Christian? Don't get mad enough and talk shit to someone - at all. I am the one who will pass hella judgement on you for that. It is unacceptable. It’s a deal breaker in friendships. It breaks my heart to know you lack self-control.
You see, the music of Kirk Franklin has had a very strong presence and is therapeutic in my spiritual walk. Now. And I cannot un-hear his vulgar passion in that audio.  I know he was pissed off at his boy, but the thing is this:
Before shooting, one must aim.
Kirk aimed with intention or hope to achieve something with that message to his own child. what was he thinking? This won’t ever get out? No one else will know? Even with our adult children, diplomacy is wise. He’s ruined my trust, and further damaged my efforts to reconcile with organized religion. Seriously, Kirk. You owe me an apology.
I use swear words. And not in that context. Well.. let me think. My thing is, people seem to enjoy the attack. How nice would it be that we allow ourselves to truly and consistently walk in the beautiful light with each other. - just sayin'
(edited 3/17)